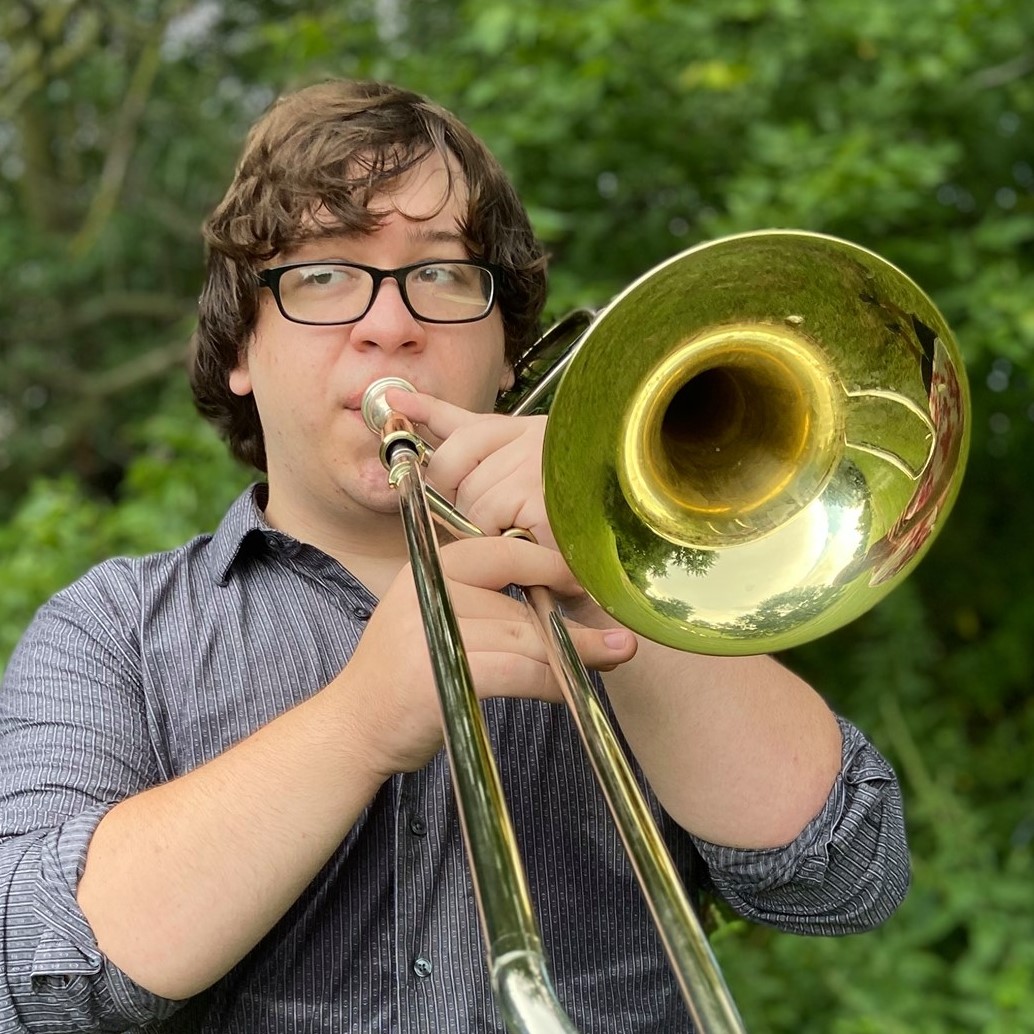 Eric L. is a trombonist, composer, arranger, music producer, and content creator from Springfield, Missouri. As a performer, Eric has been most active on YouTube as a jazz trombonist with his self-titled YouTube channel holding over 3,700 subscribers and collecting over 450,000 video views. In 2019, Eric received the award for “Best Electronic/Hybrid Remix” in the 2019 MAGFest Game Audio Network Guild Remix Competition for his arrangement of “Secret of the Forest”, and in 2020 was nominated for the same award for his arrangement of “Schala’s Theme”.

In addition to his own projects, Eric frequently records a variety of brass instruments for other musicians both on and off YouTube. Eric’s professional affiliations include work with The Game Brass, Ruscel Torres’ “Crash Course VGM Fusion Band”, GameGrooves, and Gamelark.

In Winter 2021, Eric released his most recent album called “Big Shots”: an album of original jazz arrangements of music from DELTARUNE Chapter 2. Eric likes long walks on the beach and building IKEA furniture.